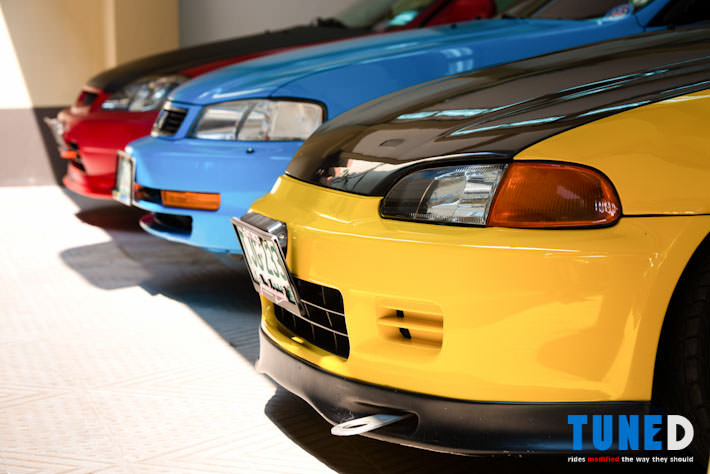 Here at TUNED we aim not only to provide an inside look on the nicest builds around manila, but to also educate our readers on the proper way of modifying cars. For god-knows-how-long there has been an argument about what makes a modified car a ricer (played out, tacky, or baduy to those uninitiated with aftermarket jargon). Most can be very obvious with their huge rear spoilers, obnoxious paint jobs, and their absurd bodykits, but there are other modifications that some consider as subjective depending on the owners’ tastes.

While we choose not to touch on the specifics of that matter, we’d certainly want to establish the ground rules of car modification for those who will begin their journey into the aftermarket. To start things off, we’ve gathered this trio of Honda Civics for a three-part feature on the basics of Honda aesthetics. Each of these cars has a clear-cut theme going on about them as they have been modified in a Japanese Domestic (Read: JDM) fashion. 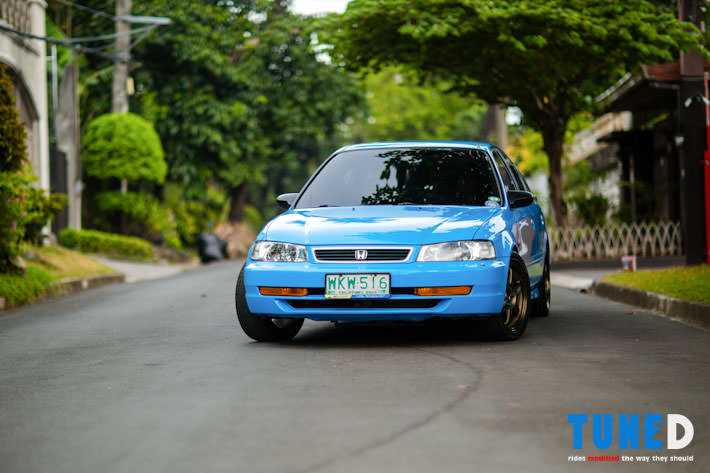 For starters, we’ll take a closer look at this Civic. Yes that is a Civic, not an Accord. Specifically this is a Honda Domani, a rebodied version of the mid 90’s EK Civic sold in Japan as well as other parts of East Asia. The Domani was intended to be sold as somewhat of an upscale compact sedan that sits in between the Civic and the Accord in those markets. 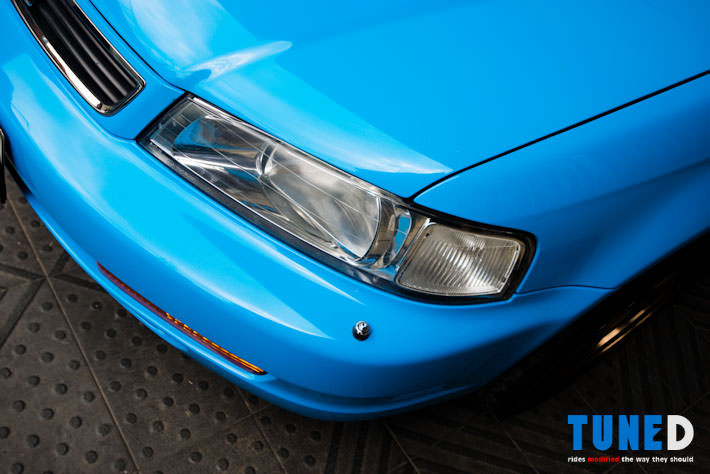 While the Domani shares its internals with the EK, what sets this model apart from a regular civic would be a full facelift of the front. The bumper, fenders, grill, headlamps, and its hood are all completely changed to provide an angular shape to the front – looking somewhat like the 6th gen Accord – in contrast to the bulbous headlamps of the standard civic. 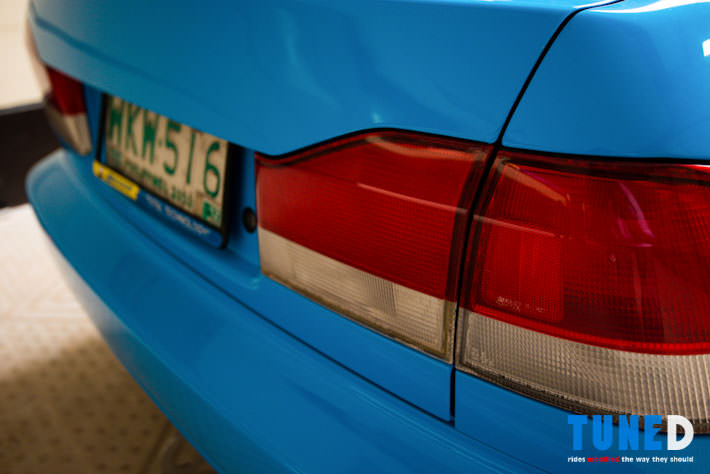 The rear gets its fair share of changes as well. The revised rear end comes with a rear bumper and a trunk that gets its own set of tail lamps that extend the shape of the stock tail lamps on the corners. 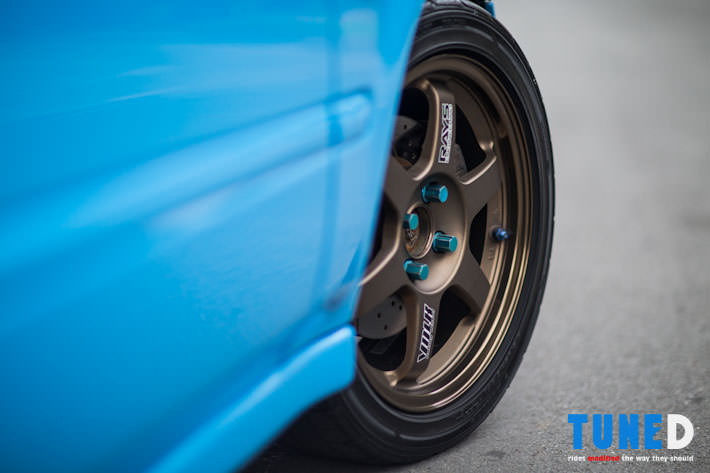 Seeing as the exterior of this Civic has been refreshed with a body that still came stock from japan, it needed an extra push to give the notion that the aftermarket has already fettled with this car. What better way than to add a quintessential set of Rays Volk Racing TE37s in 16×7 guise to give a proper modified look. 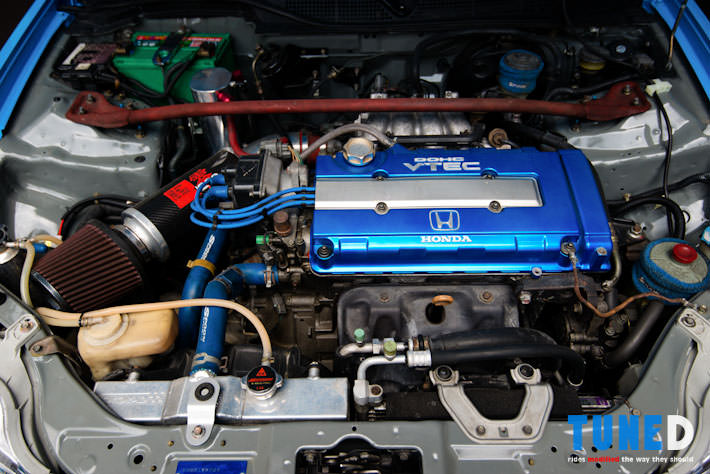 Like I said, the Domani shares pretty much all of its internals with the EK civic. That said, there is a good chance then that a B-series motor would be resting inside the bay. This particular Domani isn’t really one for factory specs though, as this B-series motor is actually a B18C from an Integra GSR. Flanked with various goodies from the best names in the Honda aftermarket, the engine bay makes for just as good a conversation piece as the car’s exterior! 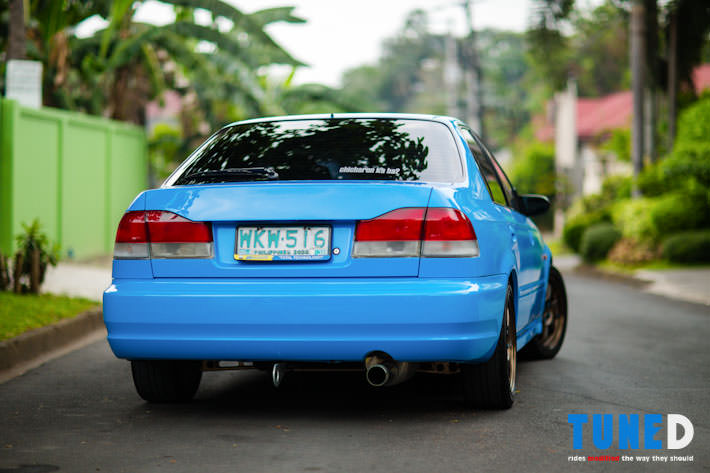 Looking at the Domani as a whole, it lends itself well to a very clean setup such as this. If you’re looking to build a clean street car that has common folk double-taking on its looks while getting a slight nod of approval from those in the know, then surely the Domani would be a viable choice for your Civic’s looks!

Stay tuned as we take you through the two other civics in our following posts!

Your Eyes Aren’t Deceiving You: The Bagged Subaru Forester
All Grown Up: The ‘Small Body’ AE92 Toyota Corolla